A look at the final monthly CTC payments

Last month marked the final monthly Child Tax Credit (CTC) payment. Without legislative action, the credit will return to being a smaller annual refund for the upcoming tax season. Low-income and cash-strapped families will still receive half of the 2021 enhanced credit at tax time, so they may not experience the negative impact immediately. However, the December Census Household Pulse Survey indicates the reversion will likely hurt a sizable proportion of the nation’s children.

Families that endured food insufficiency even while receiving the expanded credit will suffer the most. Among the households surveyed with children, 26.5 percent reported food insufficiency. Nineteen and a half percent had enough food but could not always choose their items, and seven percent did not always have enough to eat. Slightly over 40 percent of respondents in both categories listed using the CTC to meet their spending needs. In total, 11.3 percent (1 in 9) of households with kids struggled to afford food and relied on the CTC to meet their spending needs in December.

With the end of the monthly expanded CTC, this suggests that those households with children – families already in precarious food situations – are at even greater risk of insufficient resources to meet their food needs going forward. Some who received enough food but weren’t always able to choose the type or quality may also be pushed into true food deprivation. What’s more, families that already didn’t have enough food may be deprived for longer stretches. This is to say nothing of the households who can cover all their food expenses but rely on the monthly CTC for other necessary expenses like housing or transportation.

While some policymakers have worried about potential work disincentives from the CTC, those effects are far outweighed by the reductions in child poverty. Most recipients are employed and use the payments to supplement their regular income. In fact, survey respondents who received the CTC used regular income sources to meet spending needs at slightly higher rates than those who did not. 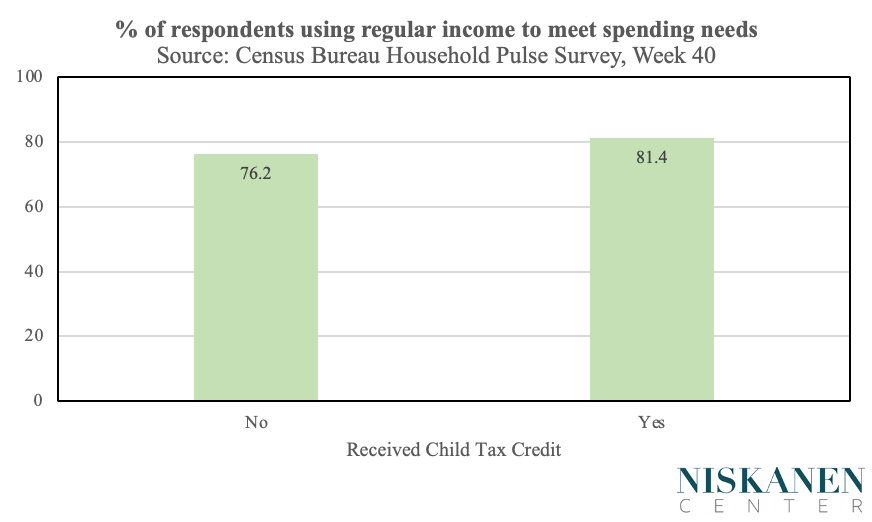 Despite the high usage rate of regular income sources, they weren’t the only dollars required to cover key expenses. Forty-four and a half percent of households receiving the CTC used it to meet spending needs. As was the case among households with childcare disruptions in the summer, the CTC was the second most important source of funds. This understates the value of the CTC for working-class families. More than 60 percent of households with under $35K in income applied the CTC to meet spending needs. 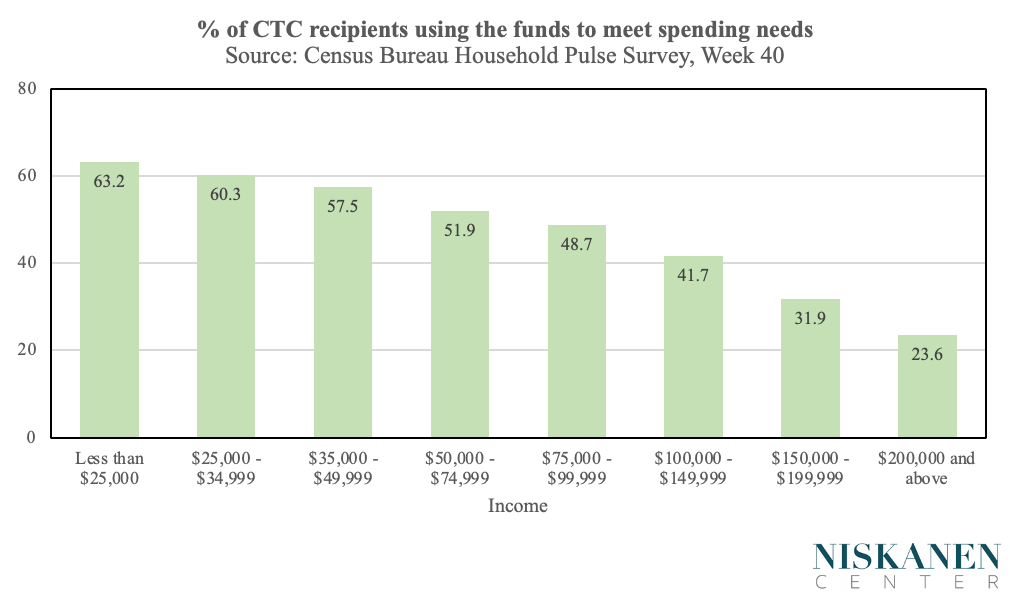 When looking at personal obstacles faced by lower-income households, the outsized importance of the CTC makes sense. For example, among CTC recipients, those in households with income under $25K were nearly three times more likely to have childcare issues (a consistent trend over the pandemic) or physical mobility impairments relative to someone with income over $200K. 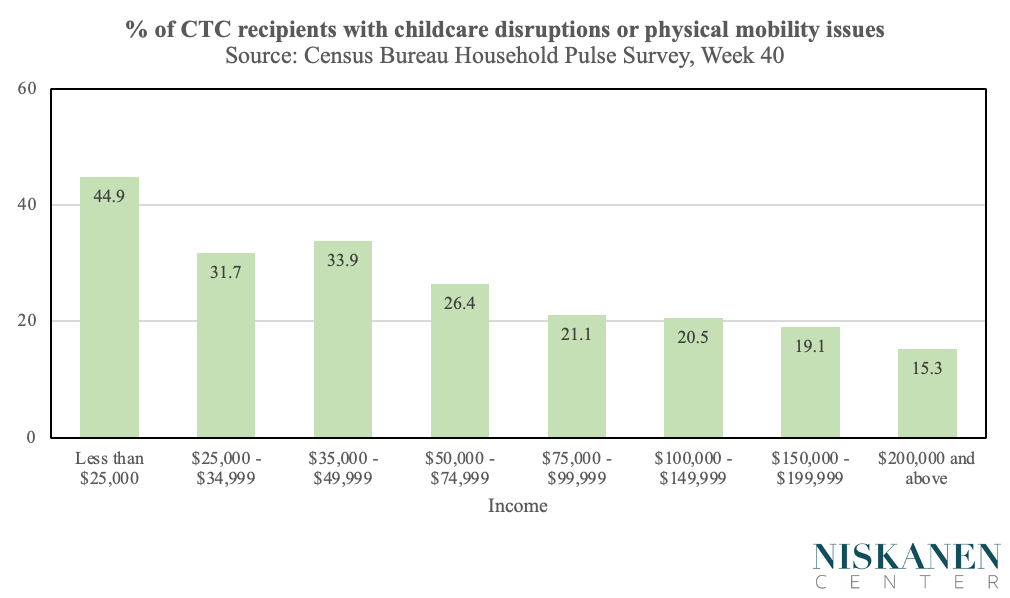 These are many of the families impacted by reinstituting work or earnings requirements on the CTC. They aren’t slackers–they are parents facing childcare issues, grandparents, students, or individuals with disabilities. With the suspension of the monthly CTC, children in these homes now face the risks of heightened household instability. Federal lawmakers must act with urgency and prudence to prevent a resumption of higher child poverty levels.