You will likely be unemployed before the next crisis

By Will Raderman,  Matt Darling

We are accustomed to headlines about the labor market that look like this: “The unemployment rate has dropped from 4.2 percent to 3.9 percent”, “200,000 jobs were added.” But these topline statistics tell only a part of the story. Even when the total number of unemployed individuals remains the same month to month, precisely who is unemployed can change. Millions of workers start new jobs every month, and millions leave their old ones. In a dynamic labor market like the U.S., workers continuously cycle between employed, unemployed, and “not in the labor force.”

Congress generally enacts unemployment insurance (UI) expansions when crises like the Great Recession and the COVID-19 pandemic arise, but rarely looks to address troubling patterns underneath a steady or decreasing unemployment rate. Even when the employment market isn’t in crisis, workers are changing jobs frequently and need ready access to UI. Those trends merit more attention. The unemployment rate was declining in the decade between recessions, but total job losses over this period were significant. Between 2010 and 2019, there were 220.7 million instances of an individual worker going from employed to unemployed, demonstrating how frequently the workforce experiences these shifts and how important it is that the transitions between jobs are smooth.

Most people experience a shift in employment at least once every ten years. The National Longitudinal Survey of Youth 1979, which began periodically interviewing individuals in 1979, reveals how precariously workers are connected to jobs. Over 60 percent of workers starting a job between the ages of 18 to 44 had their employment end within five years. Eighty-four percent of workers beginning a position between 25 and 34 faced a job separation within a decade. Despite being a subset of all job separations, the unemployment numbers are consequential. On average, workers faced an unemployment spell within a decade, albeit with variation by age demographic (when middle-aged, individuals held greater job security). 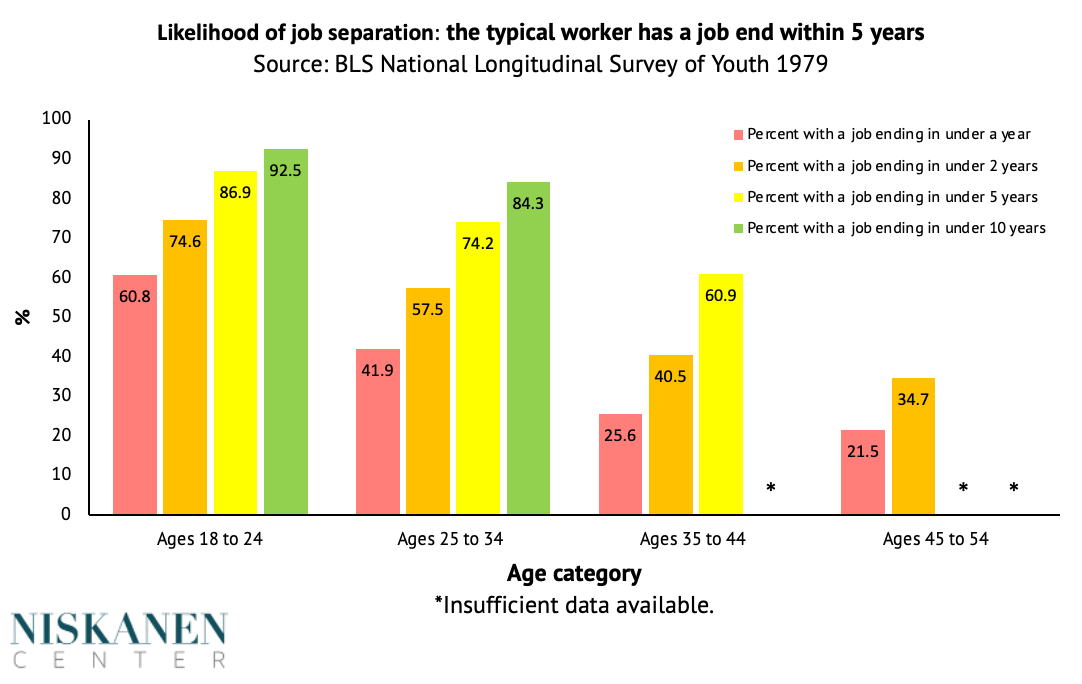 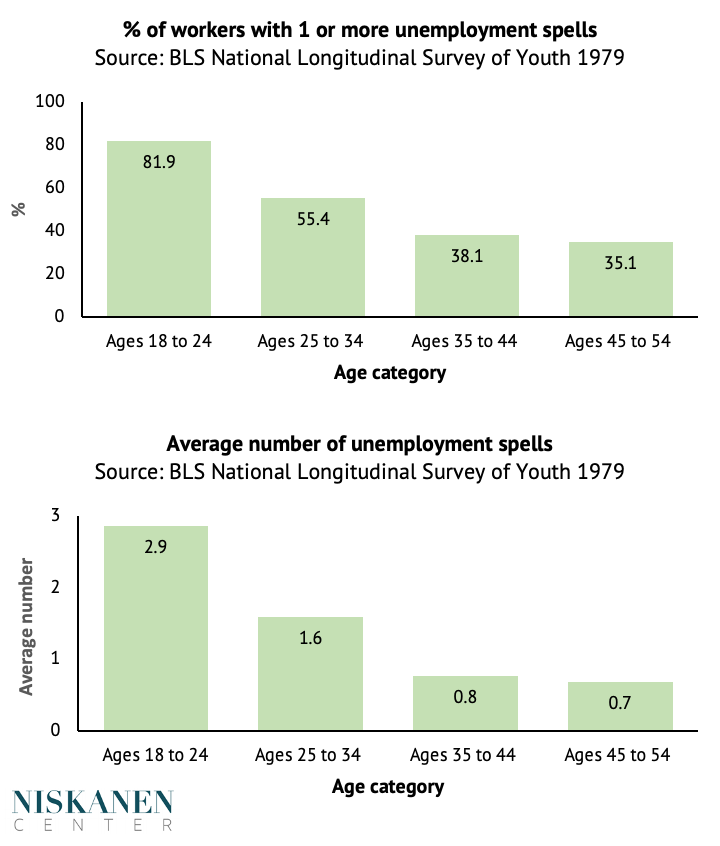 Access to unemployment insurance is therefore crucial, although often unavailable. Just over a quarter of unemployed individuals receive regular benefits. While not designated as an emergency, the inadequacy of unemployment benefits over the past decade represented a substantial shortfall. As a result, the average person losing work was arguably better protected financially during the recessions. Workers require more robust federal insurance protections in stronger economic conditions, similar to those maintained until recently.

Across much of the pandemic, it was more straightforward for workers typically struggling to obtain benefits, such as gig workers and self-employed individuals, to qualify. The increased eligibility was a financial lifeline. Those expansions can and should be implemented permanently. Unfortunately, since the harsh federal benefits cliff occurred in September, unemployment insurance programs have returned to providing swiss cheese coverage. It is an untenable situation for workers.

In the continued absence of Congressional action on UI, state-level reforms do carry added weight. Many states have proposed updates to their programs which could impact access. The risk that states cut down their unemployment programs (as after the Great Recession) is real and requires serious pushback, but there are opportunities for constructive expansions. For example, West Virginia is considering a combination of reforms. Some are positive; some are negative. The good – including greater eligibility for part-time workers – should be encouraged.

The implications of some reforms are also complicated. Policymakers in a handful of states widened access to UI for people rejecting COVID-19 vaccines. Regardless of the legislators’ intent, these decisions have raised a larger question: Should it be easier to receive unemployment benefits for a broad range of causes? The answer is yes – legislation that opens up UI eligibility makes the system function better and provides unemployed individuals better economic security. Workers should more easily qualify when dealing with issues like poor employment conditions or relocating due to domestic abuse at home.

However, state adjustments alone are insufficient. The federal government must act. Unemployment is a permanent feature of our national economy, and national unemployment insurance reform cannot be left unaddressed until the next official crisis. Tens of millions of workers became unemployed in the previous decade. Yet, the vast majority did not receive unemployment benefits. Expect the same in the next decade if Congress does not act.